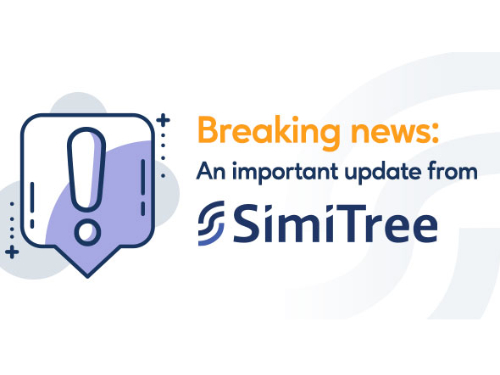 The Centers for Medicare and Medicaid Services (CMS) is proposing a 2.7 percent increase for hospice payments for Fiscal Year 2023 in a payment update that would also raise the aggregate hospice cap imposed per patient.

The pay increase was set out in a proposed rule released by CMS March 30.

SimiTree financial consultants say the proposed pay increase is expected to total $580 million.The proposed hospice cap amount for FY 2023 would be $32,142.65, a 2.7 percent increase over FY 2022.

Hospices that fail to meet quality reporting requirements will be penalized with a 2 percent reduction in the proposed payment.

The announcement of a proposed pay increase comes as agencies prepare for the return of sequestration, and reduced Medicare payments beginning April 1.

“The 2.7 percent rate increase would be a welcome update to offset the return of sequestration,” said SimiTree Financial Consulting Director Brian Harris.

Sequestration, a punitive payment reduction in Medicare payments in place since 2011, has been suspended by Congress since 2020 as part of measures designed to bring financial relief to agencies during the COVID-19 public health emergency.

The latest Congressional suspension expires today, March 31, and sequestration will resume in increments over the next few months, Harris said. Between April 1 and June 30, agencies will see a 1 percent punitive payment reduction on Medicare claims. Full sequestration will resume on July 1, with a 2 percent punitive payment reduction on Fee-for-Service (FFS) claims.

While the timing of the proposed pay increase and the resumption of sequestration is fortuitous, Harris cautions agencies against banking on the full 2.7 percent pay increase for FY2023. CMS has a history of reducing proposed increases when the final rule is issued, he said.

“Each of the past two years, the rate increase on the final rule ended up lower than the proposed rule,” Harris said. “Based on this, I would expect the final rate increase to be around 2.5 percent.”

In addition to the payment update, the proposed rule provides updates to the Hospice Quality Reporting Program (HQRP) that include the following:

SimiTree consultants are still reviewing the rule in depth and will make available detailed information as soon as possible. In the meantime, they offer a quick recap here of some of the other highlights:

“CMS said in the rule that it wants to stabilize year-to-year changes in the hospice wage index,” Harris said.

“To do this, it is proposing to set a permanent cap on negative wage index changes. The cap would apply to negative wage changes that are greater than a 5 percent decrease from the prior year, and the cap will apply regardless of the underlying reason for the decrease,” Harris said.

The rule includes an update on the Hospice Outcomes and Patient Evaluation tool known as HOPE. The tool is a new patient assessment instrument for hospice which has been compared to the OASIS assessment used by home health.

“HOPE is now in beta testing,” said Kim Skehan, SimiTree Director of Compliance, Regulatory and Quality. “The rule provides some detailed information about how it would be used, including some of the proposed timepoints for data collection, and addresses the anticipated staff burden associated with use of the new instrument.

“The rule also explains how HOPE-based process measures will likely be used along with claims-based measures and other data sources to develop future hospice quality reporting measures,” Skehan said.

CMS is considering a future update to the Consumer Assessment of Healthcare Providers and Systems (CAHPS) Hospice Survey, which is used to collect information from the primary caregivers of hospice patients.

“CMS has been testing the addition of a web-based mode to the CAHPS Hospice Survey, and the proposed rule provides details about that experiment,” Skehan said.

A public comment period for input on the proposed rule will remain open through May 31.